Today, what is known as ABC Children’s Aid Pakistan, with many schools in the provinces of Punjab and Khyber Pakhtunkhwa helping thousands of children, had a very humble beginning with a solid vision of late Sharif Allah Ditta. 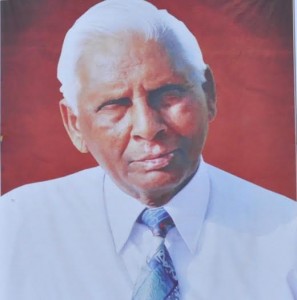 About Sharif Allah Ditta: S. A. Ditta was born in Chak 96 R/B, on a date assigned to him as December 25, in 1935 to a family burdened with financial challenges just like majority of the families living in rural areas of Pakistan. Despite financial difficulties, Sharif’s family wanted to give him the best of what they could afford and decided to enroll him in a school near their village which offered primary levels of education. All of Sharif’s younger siblings were also given the same privilege but due to lack of interest and the difficult financial situation at home, they dropped out of school but Sharif kept on going with determination and deep desire to learn and become an educated professional someday.

After completing all grade levels available in the school near his village, for a brief period Sharif thought that his desire to receive more education might not become a reality. He knew that his family can’t afford the high costs of further education along with expenses related to moving away from home to live near a school. Despite knowing the reality, Sharif kept on praying and hoping that God will make a way for him to fulfill his desire and sure enough there came a time when he was offered an opportunity to continue his education in a boarding school run by Seventh-day Adventist Church in Farooqabad (known as Chuharkana at that time). In this school Sharif was given financial assistance for schooling but had to work extra hours during school days and school holidays to meet all other living and related expenses.

With his hard work, support of the generous sponsors and the burning desire to learn, Sharif completed his high school education. As the events unfolded in his life, Sharif got married to Venus John, a student in the same school, and they were blessed with four boys, Michael, Maxwell, Patrick and Frederick. As the time passed, Sharif kept on pursuing college education along with family responsibilities and a full time job.

After completing college in religious studies, Sharif worked as a teacher, hostel dean and a pastor for some years before he got a sponsorship to complete his masters degree in the Philippines. Upon his return to Pakistan, S. A. Ditta served as an instructor in the same college where he completed his bachelor’s degree and then was appointed as president of the Sindh Section of the Seventh-day Adventist Church before being given the top responsibility of the church in Pakistan to serve as the president of the Pakistan Union of the Seventh-day Adventist Church.

Time to Give Back:Â  In 1996, S. A. Ditta retired from active service and as he looked back at his humble beginnings and the privileges that education brought into his life, he could not sit back and just let the days of the rest of his life pass by without extending same help that he got when he needed it to other children who find themselves in same situation that he was in when he was a child. He could see that an opportunity given to him to receive education, brought privilege and prosperity in his life and he was, along with his wife, able to provide best educational opportunities to his children who are now serving at high levels of responsibilities.

To fulfill his desire to pass on and give back to the society that what brought prosperity to his life, S. A. Ditta started giving private tuitions to children who could not afford to go to tuition centers for extra academic help. He started with 6 children and slowly the number started growing until he had to rent a building to continue his work. At one point the number grew to 65 students and along with that S. A. Ditta started feeling the financial pinch since he was doing all this from his pension fund and some help from his children.

In the meantime S. A. Ditta’s children were building him a house in Farooqabad with a condition that he would not turn it into a school. As the time progressed and the house was completed, S. A. Ditta moved his school, named as Saint Michael’s Academy, to his new house with a rationale that why should he keep paying rent when he can use that money to help more children. Initially the family disapproved of his decision but when they saw the growth in the number of children, the big need in the society and his deep commitment to his vision and mission, they could not help but join him and in time developed the same commitment realizing that the privileged life that they enjoy might not have been there if someone did not extend similar help to their dad (whom they called Papa), so it was time to pass it on.

ABC Children’s Aid Pakistan:Â  As the years passed, S. A. Ditta found himself at a crossroad where he had to refuse admissions due to lack of space and finances. S. A. Ditta did not want to turn away any child who had a desire to learn so he asked Maxwell, his son, who was an English teacher in Borgarholtsskola in Reykjavik, Iceland to ask ABC Children’s Aid Iceland for assistance.

In 2005 S. A. Ditta established ABC Children’s Aid Pakistan and in cooperation with ABC Children’s Aid Iceland and a steady flow of donations from individuals, companies, organizations and the government of Iceland, the work in Pakistan grew at a fast pace. At its peak, ABC Children’s Aid Pakistan opened doors to 12 day schools and one boarding school with 2,814 children. In 2015, due to lack of finances, four day schools had to be closed down but ABC Pakistan is hopeful that soon opportunities will arise when more children in many more areas in Pakistan can be given the privilege of receiving formal education.

Today ABC Children’s Aid Pakistan runs these schools with a partnership agreement with ABC Children’s Aid Iceland for sponsorship of the underprivileged children. Less than 50% of the children receiving education in these schools have a personal sponsor so the need in this area is tremendous. ABC Pakistan has been engaging local resources as well to develop school facilities and is open to more partnerships so that more and more deprived children can be reached. 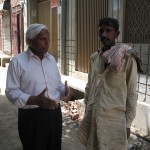 Late S. A. Ditta Explaining to a Parent About the Mission of ABC 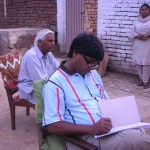 Michael Ditta and Late S. A. Ditta Visiting Communities and Registering Children Who Need to go to School 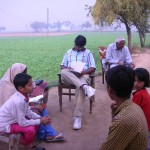 Michael Ditta and S. A. Ditta Going From Village to Village to Offer Educational Opportunities to Deserving Children 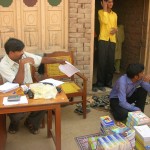 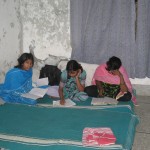 Picture of Girls Studying in Their Dorm When Late S. A. Ditta's House was Being Used as a Dorm 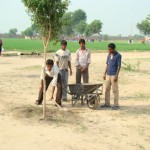